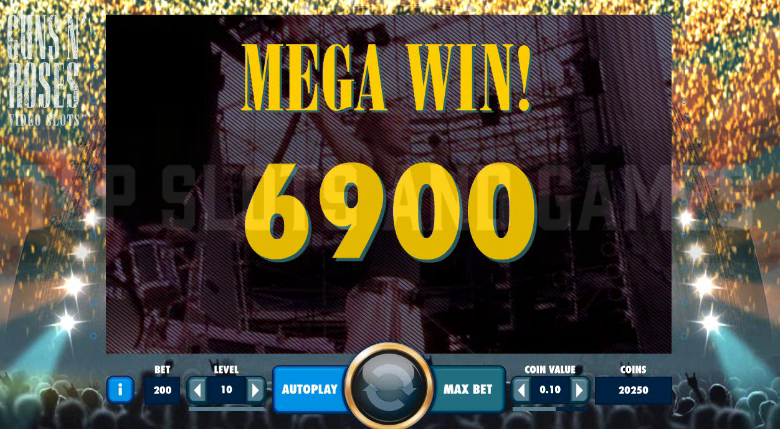 This list is based partly on the most popular slots but I’ve only included slots with an RTP of 97% or above. There’s really no point playing slots that have an RTP of less than 96% as they don’t represent good value and you are far more likely to lose money over time.

A solid NETENT offering with a beautiful theme and typically polished graphics. Unusually pay lines are calculated from both sides of the slot which definitely increases the anticipation of each spin. The underwater theme is well presented with relevant symbols and background music and sound effects that are a little more relaxing than most slots. There are frequent appearances by a mermaid who represents “wilds” and will auto-nudge to cover the entire column when she appears.

Although there is no free spins feature, there is a “big symbol” that is activated when the middle 3 columns all have the lace background. This will introduce symbols that cover all 3 middle reels and is definitely your best chance of a big win. It also gave me the biggest win of my slot career and the only time I’ve had an x1000 win! Having said that, I also used it regularly when trying to get through the wagering of sign up bonuses. This is what a reasonable size win with “big symbols” looks like:

Secrets of Atlantis is a medium-risk slot so should provide regular decent size wins and it’s relaxing theme and music makes it far less irritating than some more hectic slots.

Probably one of the few slots where I don’t instantly put the sound on mute. Admittedly, after a long period of play, even the most hardened Guns n’ Roses fans may get a little tired of the Welcome to the Jungle riff but thankfully there is a setlist feature that lets you choose one of five Guns N’ Roses songs to have as the background music.

The slot is nominally set at a Guns N Roses gig with an animated crowd, polished graphics, and generally great production values. Where this game really excels is its incredible range of bonuses and features.

This slot has been around for years and is still consistently one of the most popular games, due mainly to its unusually high Return to Player. This isn’t going to make you a fortune overnight but you’re more likely to come out with a profit from this slot than almost any other.

It should be noted, that because of its high RTP this slot is usually not valid for bonus wagering. Check the terms and conditions of any signup bonus carefully before using this slot as it is quite possible you could lose your bonus.

Generally when a slot is popular enough to warrant a sequel the operator will take the opportunity to increase the number of features but slightly decrease the RTP. Thankfully with Jack Hammer 2 this isn’t the case. An impressive RTP of 97.1 combined with a fantastic array of features make this one of the most entertaining slots available. It’s set around the time of prohibition and as far as I can tell involves some dastardly kidnapping plot for which our hero Jack Hammer is the intrepid investigator battling corruption and the mob to save the girl.

This is a low-risk slot that nevertheless can bring some big wins from its free spins feature. These appear with more frequency than most and combined with the regular “sticky win” feature keeps the entertainment levels high.

It’s maybe a tragic tale as it appears you never actually get to save the despairing heroine (who helpfully appears to be able to continue her singing career despite the obvious peril) but the imagination and design that’s gone into the slot are very impressive.

A classic slot that is favoured by many serious casino players due to its abnormally high RTP. Clocking in at 99.56%, it almost entirely takes away the house edge. The reason for this is that it is a video poker slot that does require some skill if you want to play with the perfect strategy and take full advantage of the high RTP. Much like Blackjack, if everyone played with the perfect  strategy then it’s unlikely the game would still be offered as it wouldn’t be sufficiently profitable. Over time, however, players consistently make mistakes by playing to their “instincts”, not sufficiently concentrating, or being under the influence of alcohol which ensures the real RTP is a lot lower.

Thankfully, basic strategy for Jacks or Better Double Up only takes a few minutes and a little bit of practice to learn. It’s also a great slot to learn as, even after a few hours of play your bank is unlikely to reduce by a substantial amount and there’s always the chance of hitting the x250 payout available for the best hand, the Royal Flush.

Firstly, a quick summary of how it works. You are initially dealt 5 cards. From these 5 cards you have the option to hold any that you want to keep and have the rest replaced. If your hand after the second deal contains a pair of Jacks or higher then you win.

For Jacks or Better you double your money and the payouts increase rapidly as the hand rarity increases. This is a fairly easy concept for those of you who have played any kind of poker, but even if you’ve never been closed to a card table, it won’t take long until making the right card selections becomes second nature.

We’ll start with the most common hands and then go into the detailed strategy with a handy easy to check guide to ensure you always pick the right cards.

Any pair lower than 2 Jacks will not payout, but they are nearly always worth keeping as can lead to many other hands such as two pairs, 3 or 4 of a kind, or even a full house:

For this reason, always hold a low pair, except in the following situations:

No high card or potential draw

If you are dealt 5 unsuited, unconnected low cards then you are best off discarding them all and taking 5 new cards.

One High card with no potential draw

If you are dealt 5 unsuited, unconnected cards which contain 1 or more high cards then hold just the one highest card.

These are the most common examples. For these and every other hand you can just check this chart for the optimum strategy. After you are dealt your first hand just work down from the top of the list and as soon as you come to your hand, hold those cards and have the rest replaced. If you get to the bottom of the table, then replace all your cards.

This will quickly become second nature and it won’t be long until you only need to check the chart intermittently or not all.

IMPORTANT: Play the free play version of Jacks or Better Double Up until you are confident with the strategy.